The whole movie was a little too convenient and pretty predictable.  Watching this movie is almost like doing a puzzle where the pieces are numbered and you know exactly where each piece goes.  The filmmakers took the guess work out of the film and therefore they took the fun with it.

It was all too formulaic.  When you know what is going to happen next because it is so obvious, what is the point of watching anymore?  You already know the story.  There is no point.  I felt like basically everything in the entire movie had already been done before in so many other movies.

I had low expectations about the movie before I watched it, but I was hoping that it would surprise me.  It didn’t.  Not one bit.

Josh Duhamel plays the main character in the movie.  The guy is not capable of carrying a film on his own.  He is not believable enough and just not a talented enough to lead a movie by himself.

Bruce Willis would have done a better job as the main character.  At least he would have been able to make the obvious outcome of every scene a little more interesting with his trademark Bruce Willis tough guy charm.  Unfortunately he chose instead to take on a supporting role.  It felt like the guy just showed up to collect a paycheck.  They gave him one good scene in the whole movie and the rest of the time he was just there.

I found it funny that 50 Cent was on the cover of the movie because he was only on screen for about a minute.

Vincent D’Onofrio hardly entertained as a bad guy.  Vinnie Jones was a far superior and more believable tough guy (as he always is), but he gets disposed of way to early in the film and much too easily.  Would you believe that Josh Duhamel would not have much trouble taking out Vinnie Jones, but would struggle against Vincent D’Onofrio?  I don’t think so. 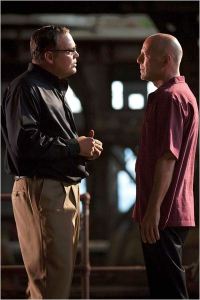 Rosario Dawson was Rosario Dawson.  Good enough to be an actress, but just barely.  Not a memorable performance.  I forgot about it already.

Here is a list of 13 other Bruce Willis movies that are better than this one:

Let’s face it, Vincent D’Onofrio has not been in 13 movies that were better than this one, but here are a few:

The same goes for Rosario Dawson, but here is her list:

Josh Duhamel has not made any good movies.  He is probably most known for the Transformer movies. 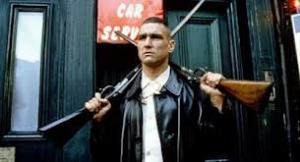