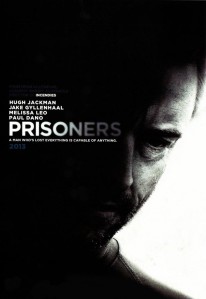 Two little girls go missing.  The father (Hugh Jackman) of one of the girls finds and captures the man that he thinks took them.  He will stop at nothing to get his little girl back.

The film is written by Denis Villeneuve and directed by Aaron Guzikowski.

Kidnapping is not a new idea for a movie, but this one looks pretty intense.  The cast is top-notch and the movie looks like it has potential.

I think that I’ll have to check this one out when it hits theatres.