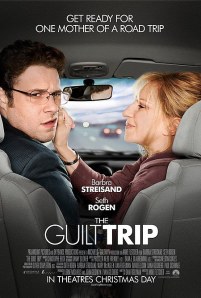 The Guilt Trip follows a man (Seth Rogen) who has invented a new product and sets out on a road trip across the country trying to sell it to different companies.  Before leaving, he invites his mother (Barbra Streisand) along for the ride.

The movie is directed by Anne Fletcher and written by Dan Fogelman. 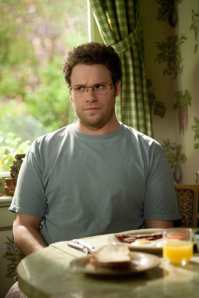 I did not laugh once during the entire viewing of The Guilt Trip.  The movie just was not funny.  It tried so hard to be a comedy.  It’s even listed as a comedy.  It’s on the cusp of being funny.  I almost laughed a couple of times.  I scoffed a number of times, but this so called comedy wasn’t even good for a giggle.  How pathetic is that? It’s a comedy that doesn’t make you laugh, at all. 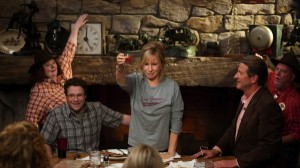 The movie was a complete waste of time.  It was painfully boring to watch at times and the film just seemed to drag on.

I waited to watch The Guilt Trip on DVD because I was unsure about it.  It looked like it might be good for a few laughs.  It looked like it could have similarities to Planes, Trains, and Automobiles (1987), only with a mother and son instead of two strangers.  I was completely wrong on both accounts.

If you have ever wondered what an uninteresting road trip with your mother would be like, then just watch The Guilt Trip.  It will bore your head off.

Buy, rent, or run?  RUN away and don’t be guilted into this unpleasant trip!