The actor most known for his role in The Fast and the Furious movies died yesterday afternoon (11/30/13) in a car accident in Valencia, CA.  His friend Roger Rodas was driving.  Walker had been at a charity event for his organization Reach Out Worldwide earlier in the day.  Both men were found dead in the wreckage of a red Porche.  Walker was only 40 years old.

It’s sad and shocking news.  I’ve been a fan of Paul Walker’s movies ever since I saw him in Pleasantville (1998).  It’s awful to see him go way before his time.

Paul was not known for dramas, rather he was most known for action movies and thrillers. 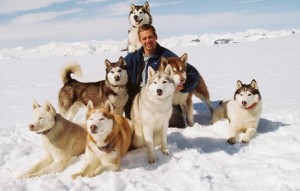 The world lost another great actor.  He will be missed.

Paul Walker movies that I have reviewed include: 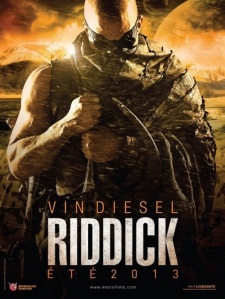 Let’s ask ourselves a question why more of those sequels?  Diesel wasn’t in 2 Fast 2 Furious (2003), and he had a cameo uncredited appearance in The Fast and the Furious: Tokyo Drift (2006).  It wasn’t until Fast & Furious (2009) that he returned to the fast and furious franchise.  So why the 8 year gap?

The answers to those questions are that Vin Diesel supposedly had a falling out with some people from the fast crew and he wanted to go off and make Vin Diesel movies.  So what did he make during that 8 year gap?

Arguably Knockaround Guys (2001) was out the same year as the first Fast, so that doesn’t count.  It pretty much tanked anyways.  In 2002, XXX comes out and does very well.  A Man Apart (2003) comes out and Vin is on a roll.  That is my personal favorite Diesel movie, by the way.  Then he has some time to make a sequel to the popular Pitch Black called The Chronicles of Riddick (2004).  Then the tough guy makes a kids movie, The Pacifier (2005) and although it does well, Diesel fans think that it’s a joke.  Then he does Find Me Guilty (2006) which was mediocre, but also tanks.  At this point, he’s not really making anything else, so he does the cameo for The Fast and the Furious: Tokyo Drift.  Is it because Paul Walker and none of the original cast is in the movie?  Probably.  Then Diesel makes Babylon A.D. (2008) and it’s another disaster.  After all of the flops Vin has lost his audience and needs revival.  So what does he do?  He makes good with the fast gang and makes an odd, out of order sequel, Fast & Furious.  People actually go out and see the sequel, so he makes a bigger and better one in, Fast Five (2011).  He can’t get into any original movies, so he is coming back with Riddick (2013), not to mention Fast & Furious 6 (2013) just went into post production.  How long will Vin ride the sequel train before it derails and he is all washed up?

Did we really need another Riddick movie?  Weren’t the first 2 bad enough?  They both had one cool concept, a big tough guy with cool glasses.

So in Riddick they have managed to find a bigger, tougher guy than Vin and his name is Dave Bautista.  Karl Urban, Bokeem Woodbine, Jordi Molla, Katee Sackhoff, Nolan Gerard Funk, and Raoul Trujillo all join the fun.  David Twohy writes and directs.

I will be skipping this movie.  No thank you.