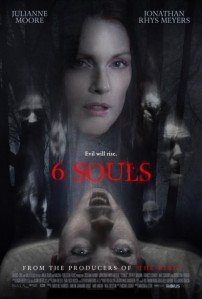 The movie looks like it could be creepy enough.  It got my attention.  I would see it.  What do you think?

From the preview it looks like the character that Jonathan Rhys Meyers plays has a multiple personality possession disorder of 6 murder victims.

Julianne Moore plays a psychiatrist.  This is a role that she played 4 years ago when she was more famous.  We just have not been able to see it yet.

Jeffrey DeMunn has a supporting role.  He has since gotten a little more popular because of his supporting role in the TV show The Walking Dead (2010).

There has got to be something wrong with this movie otherwise you would think that it would have been released 3 years ago.