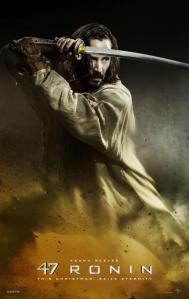 I finally had a chance to post this trailer.  I heard about this movie months ago and I have been excited to see the trailer.  Why have I been excited?  Because I had heard rumors that Keanu Reeves was going to play a samurai.

The rumors are correct and I’m not quite sure what to think about this movie.  I think it will either be hit or miss.  Reeves could be an excellent samurai, however it appears like the film may be a little too far out.

Reeves plays an outcast who was enslaved and sold.  His owners mistreat him and he is forced to fight.  The enemies of his owners help him to break the bond of slavery and give him a chance for revenge.

Reeves has not really been in a big movie since 2008.  This film appears like it has potential.  I’m a fan of Keanu and him playing a samurai is enough to make me want to see it.

Geena Davis and Alec Baldwin put on their frightening faces to try to scare the living in Tim Burton‘s classic film Beetlejuice (1988).

With the release of The Wolverine (2013) this weekend, I thought that it was about time that I watched X-Men Origins: Wolverine.  I have seen all of the other X-Men movies and I used to watch the cartoon as a kid, so I’m not sure why I waited so long to watch this movie.

X-Men Origins: Wolverine tells the story of Wolverine (Hugh Jackman) as a child and his earlier life prior to the other X-Men films.  Wolverine and his brother Victor Creed (Liev Schreiber), both mutants, are forced to leave home together at a young age.  They fight through a number of wars together until they are recruited by Colonel Stryker (Danny Huston) to become part of an elite unit made up of all mutants.  Eventually Wolverine disagrees with what the unit stands for and decides to leave.  He moves away, falls in love with a woman, and leads a simple life.  Time passes and Wolverine’s life gets turned upside down when his old unit wants him back.

After watching this film, I am sort of kicking myself for not watching it sooner.  It does an excellent job of showing where Wolverine came from and why he is the way that he is in the other films.  After the movie, I gained a greater respect for Jackman and his Wolverine character. 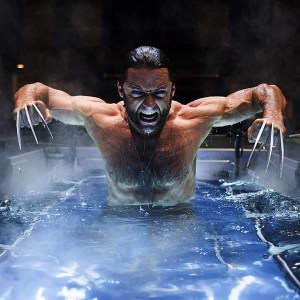 This is my favorite X-Men movie so far.  What I especially liked about the film is that it concentrated on the life of one of the X-Men instead of overflowing the movie with tons of mutant characters with too many stories to go around.  This made it possible for greater character development and helped to create a more meaningful story.  Of course, there are a number of X-Men characters in the film, but they didn’t try to tell the story of each one of them.

Gambit/Remy LeBeau was one of my favorite X-Men characters when I was a kid, and it was fun to finally see his character in a live action film.

Jackman and Schreiber both brought a level of fierce intensity to their characters that were very exciting to watch.  This, in conjunction with the solid supporting performance by Huston and the film’s awesome special effects helped to make X-Men Origins: Wolverine the sharpest X-Men movie in the box.

Click on the link below to see a picture and read about the time when my wife and I and some friends got into a fight with Wolverine and Iron Man.

We Got Into a Fight with Wolverine and Iron Man

Note: Jackman and Schreiber were both in Kate & Leopold (2001) together.

If you enjoyed X-Men Origins: Wolverine, then you will probably like The Wolverine (2013).