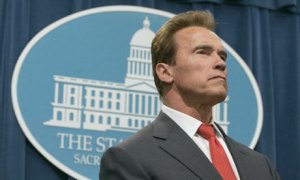 The man has been known as Mr. Universe and The Governor of California, but he will always be remembered as The Terminator. 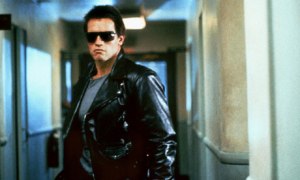 Check out the trailer for his latest movie that also stars Sylvester Stallone, Escape Plan (2013).

The duo will also return for another go-round in the movie The Expendables 3 (2014).

Earlier this year Ahnuld was in The Last Stand (2013).

Click on any of the links below to read my Arnold Schwarzenegger movie reviews:

The always incredible Jack Nicholson in the dysfunctional drama About Schmidt (2002).

This picture made me smile.  I hope it does the same for you.

The Most Anticipated Movies Coming to Theatres in August 2013 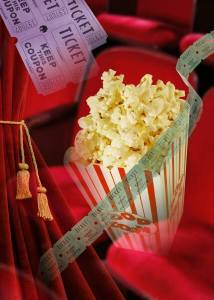 The Most Anticipated Movies Coming to Theatres in August 2013

Click on each title below for a brief synopsis, trailer, movie poster and release date of each film.

If you would like to read my reviews on films that are currently out in theatres, simply click on the link below:

Posted in The Most Anticipated Movies of the Month Club 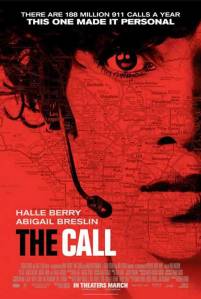 Before watching this film, I had assumed that it was rated PG-13.  After watching the movie, I’m a little surprised that it was actually rated R.  If it had been tweaked ever so slightly, I think that it probably could have gotten the PG-13 rating.  I’m a little surprised that they would not have wanted to attract more of the teenage audience to this movie.  It seems like so many other films these days go for that lighter rating to try to get the teeny boppers into the seats.  Quite honestly, after learning of the rating right before the movie started, it actually made me raise my expectations of the quality of the film because of the genre. 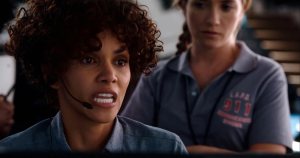 The Call is a thriller about a 911 operator (Halle Berry) that makes a careless mistake while on an emergency phone call that causes the situation to end badly.  Consumed by guilt and anxiety, she struggles to hold it together in order to perform her job.  Time passes and one day the operator takes a call from a girl that has been kidnapped (Abigail Breslin).  Determined not to make the same mistake again, the operator does everything in her power to try to help the girl on the other end of the line.  She soon realizes that there is a link between the 2 emergency calls.

The film is directed by Brad Anderson and the rest of the noteworthy cast includes Morris Chestnut, Michael Eklund, Michael Imperioli, Justina Machado, and Jose Zuniga.

I held off from seeing this movie in theatres because I wasn’t sure if it would be worth my time.  I can usually give or take Berry.  Breslin is a talented young actress, but the movie looked a little B-rated.  What sparked my interest however, was Anderson’s involvement.  He has shown us that he is capable of excellence with his film The Machinist (2004).  With that being said, even though The Call looked questionable, I knew that it would at least be well-made.

The film did not allow for much character development.  It was not the type of movie that required quality acting.  Anderson makes up for this with quality filmmaking.  The events that occur in the film were made intense enough to keep my attention throughout.  The soundtrack helps to make the movie seem more fast-paced than it really is.  Because the film is kept at a relatively fast pace for its entirety, it helps you to forgive and forget the aspects of the movie that are lacking.  Bravo to the director for knowing what was necessary to make this B-rated film watch-able. 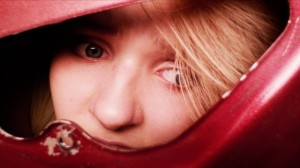 The film is a little predictable, but it will still suck you in.