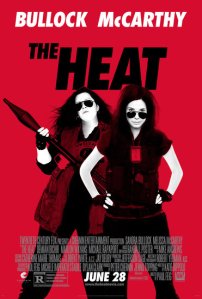 The Heat is about a hard-working, by-the-book, know-it-all FBI special agent (Sandra Bullock) who is reluctantly partnered with a foul-mouthed, bad-tempered, Boston police officer (Melissa McCarthy) with a knack for breaking the rules.  The completely mismatched pair work together to try to stop drug-runners in the Boston area. 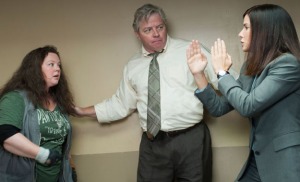 The movie was written by Katie Dippold and directed by Paul Feig. 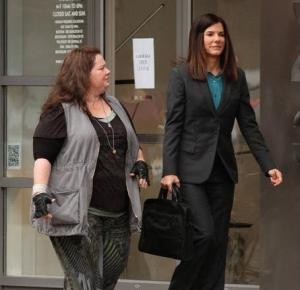 This movie showed shades of Miss Congeniality (2000) where Bullock played a very similar type of FBI agent.  The main difference is that The Heat is way raunchier, obscene humor, mainly due to McCarthy’s character.

The pairing of Bullock and McCarthy is what really made this film work.  Their personalities were so different from each other that they absolutely clashed.  This resulted in roaring laughter.  But, what really made the film was when McCarthy’s winning personality began to rub off on Bullock.  Bullock has forever been known to take on the classier, more wholesome roles.  Her comedies usually go as far as PG-13 rated humor.  Seeing her in an R-rated comedy just made her part even more hysterical. 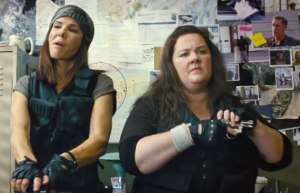 I will admit that I have only seen Melissa McCarthy in a few movies.  She was pretty funny in the parts that I have seen her play.  She reminds me of a female more vulgar version of Chris Farley.  She is a bigger person like Farley and she always brings a ton of energy to her characters like he did.  For a bigger guy, it was always surprising to me how Chris Farley was always all over the place bouncing around with tons of vigor.  McCarthy is the same way.  Throw comedy into the mix and it’s inevitable that you are bound to laugh uncontrollably.  Her character in The Heat was no exception. 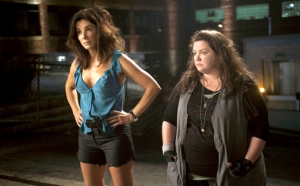 This is the best Melissa McCarthy movie that I have seen and perhaps Sandra Bullock’s funniest movie yet.  I had expected basically another Miss Congeniality, but I was pleasantly surprised at how much funnier this movie was than that one. 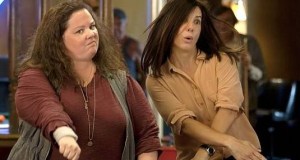 In this world of endless number of sequels and remakes, it is no surprise to me that a sequel to this film is already in the works.  Hollywood knows a goldmine when it sees one.  They are cashing in while the getting is good.  This is one of those instances where I don’t mind.  Bring on a sequel.  This movie was good for tons of laughs.  The next one is bound to be almost as good. 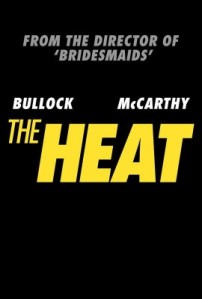 Another comedy for Sandra Bullock.  This movie looks suspiciously similar to Miss Congeniality (2000).  In fact, it could just be part 3 without the oficial title.  Everything about The Heat looks similar to Miss Congeniality.  We have seen this movie before, twice.  I’m sure it will still have its moments of humor, but I think I’ll wait for the DVD.