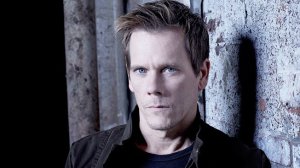 Happy Birthday to Kevin Bacon!  He celebrates his 55th year in this world today.

When I think of Kevin Bacon, the first thing that comes to mind is the game “6 Degrees of Kevin Bacon.”  This guy has acted alongside so many of the greats in so many excellent films that they named a game after him. 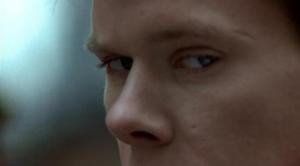 So how do you play “6 Degrees of Kevin Bacon,” you ask?  Well, great question, thanks for asking.  The object of the game is to link any given actor to Kevin Bacon in 6 steps or less.  The less steps the better.  For example I’ll use Angelica Huston as the other actor because she shares birthdays with Kevin Bacon, except today she turns 62.  Now let’s try to link Huston with Bacon in the least amount of steps.  Huston was in The Royal Tenenbaums (2001) with Bill Murray, that’s the first step; Murray was in Wild Things (1998) with Bacon, and that’s the second and last step.  There you go.  I successfully linked Angelica Huston to Kevin Bacon in 2 steps.  Obviously the only thing better than 2 steps is 1 step.  The only way that you could link the two actors together in 1 step is to find a movie that they were both in together.  That example was pretty easy.  Sometimes the game can get pretty intricate and difficult.

I used to play a variation of “6 Degrees of Kevin Bacon.”  The version that I would play was to link any 2 random actors together, rather than always Kevin Bacon and 1 other.

Not everyone can play those games.  You almost have to have a real movie obsession to be any good at them. 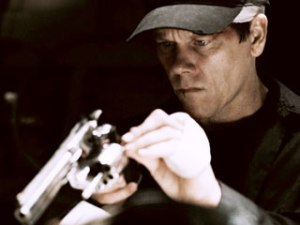 You know than an actor is pretty awesome when they name a game like that after him.

Click on the links below to read my Kevin Bacon movie reviews: