I went into The Lone Ranger without the greatest of expectations.  The film’s trailers made it appear like it was going to be outrageously exaggerated and therefore hard to enjoy.  But, at the same time, I knew that the film was created by the team that made the first 3 Pirates of the Caribbean movies, so it had to be good for something.  Also, it’s a Johnny Depp movie.  When was the last time that Depp disappointed?

The film is about a very old Native American named Tonto (Johnny Depp) who tells the story of his encounter with a man named John Reid (Armie Hammer) and how that man eventually became The Lone Ranger. 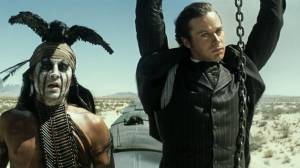 The film was not as exaggerated as I anticipated.  The parts in the movie that were unrealistic were done tastefully and intentionally.  Instead of those scenes being hard to enjoy, they usually were pretty comical.  That was a welcomed surprise.

Depp was delightful, as per usual.  His character had more hysterical one-liners than all of Bruce Willis’ action movies combined.  Depp stole the show, as he normally does.  The film almost should have been called Tonto instead of The Lone Ranger.  Tonto is just another piece to the puzzle of insanely awesome characters that Depp has portrayed. 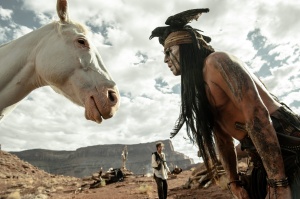 Hammer was okay, but at times his character felt more like the sidekick.  He did what he could for his role, but he was no match to Depp’s Tonto.

Wilson was nothing special at all.  She was a poor choice for a female lead.  She seemed like a cheap version of Michelle Monaghan without the talent.

The rest of the cast had cameo-like appearances with the exception of Fichtner and Wilkinson, who were both excellent. 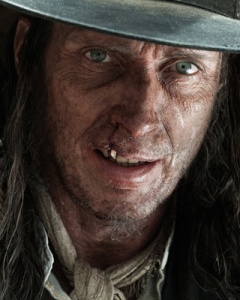 Overall, The Lone Ranger was a little long and drawn-out at times, but also fun to watch.  Depp made the film worthwhile.  If you enjoyed Pirates of the Caribbean: The Curse of the Black Pearl (2003), then you will likely get a kick out of The Lone Ranger.