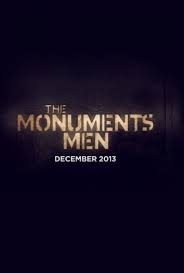 The Monuments Men is based on a true story about a team of art historians and museum curators that are brought together during World War II to save priceless works of art before Hitler has them destroyed.

The all-star cast would be enough to make me want to see the film, but this is an intriguing story that I know nothing about.

I would bet money that it gets nominated for an Academy Award for something, and it will likely deserve it.