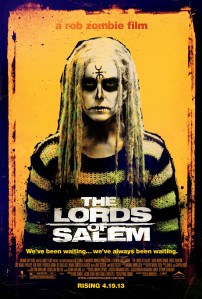 Given that this is a Rob Zombie movie, I sort of knew what I was getting myself into.  I like some of his music, but I like even less of his movies.  He has a tendency to be too extreme in his films and often in his music as well.  It’s almost as if he is trying too hard to prove to the world that he is demonic.  His movies are usually filled with obscene violence and or torture for no apparent reason at all.  He likes to be crazy because well, maybe he is crazy.  However, I did enjoy his remake of Halloween (2007).  My wife likes horror movies, so I thought I would give this one a shot.  From a film critic’s perspective, I’ll review almost anything. 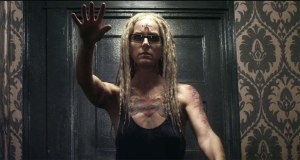 The Lords of Salem is about Heidi (Sheri Moon Zombie), a local radio DJ who receives a record in the mail that is labeled: “A gift from the Lords.”  The record is played on the air and the radio station calls the band The Lords of Salem because they are in Salem, Massachusetts.  The music triggers violent and evil flashbacks of witches trying to summon up the Devil in the town hundreds of years before.  It seems as if the Lords of Salem are back for revenge, or maybe Heidi is just going crazy. 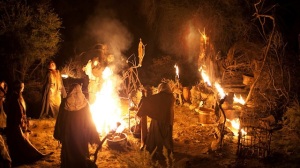 The Lords of Salem was pretty much what I expected it to be.  It’s just another Rob Zombie movie where he tries way too hard to be vile and disgusting.  Once again, Rob Zombie has his wife, Sheri Moon Zombie star in the film.  She is in like all of his movies.

I gave this movie a chance, but I wanted to turn it off about halfway through.  There is a lot of grotesque nudity and mindless violence.  At times, the story is all over the place and it takes a while to get to the point.  Zombie pushes the envelope simply for the sake of trying to be evil, as if that is enough to be entertaining.

The movie is a slow, laughable, pointless waste of time and after a while feels like watching and hearing nails on a chalkboard.  It was stupid and way over the top to the point of boredom.  I kept asking myself, why am I watching this movie?  The only answer that I could come up with was to warn you about it. 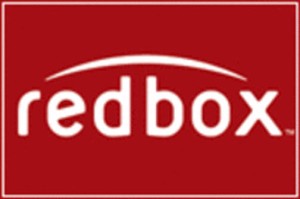 Are you looking for a good horror movie to watch for Halloween?

Check out the list below for a few ideas of what is a scary movie worth watching and what you probably shouldn’t waste your time on.

Click on each title below for a trailer, poster, pictures, my rating, and my full review of the movie. 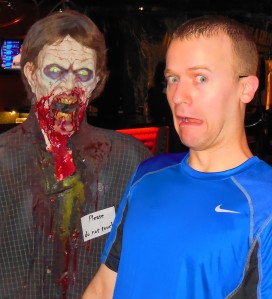